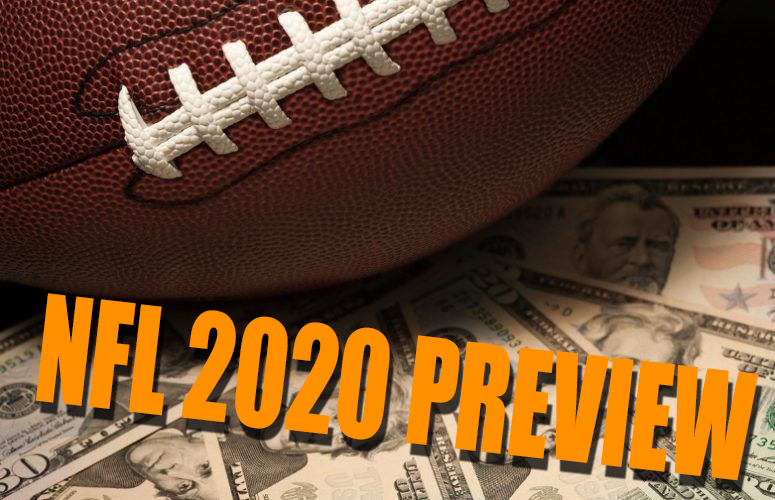 One week out from the start of the 2020 NFL Season and sports bettors are chomping at the bit to get their bets in on the action. Sure, the NHL, NBA, and MLB have returned in limited fashion to continue their seasons, but we all know the NFL is the King when it comes to sports betting. With the ongoing threat of the COVID-19 pandemic hanging over the sportsworld, we know this season is going to have some unique challenges. Already this season, 66 players have opted out of playing this year for a variety of personal reasons. A lot of NFL rosters were depleted by this, especially the New England Patriots who lost several key players on defense, and an offensive lineman. As we approach opening night, here are a few tips for sports bettors getting ready to dive head first into NFL betting.

This season more than ever, you will need to watch the roster updates right up until kickoff. Its going to happen, we just dont know when. Players are either going to contract the coronavirus or be in contact with someone who tested positive. We can expect last minute news on players being inactive so make sure you have a mobile app or website that you can visit that will provide updates. This could be enough of a reason to stay away from making early bets this season as well. A lot of sharp bettors jump on the lines as soon as they are released for the week ahead, but with the uncertainty of active rosters ahead of kickoff, you may want to make bets later in the week or right up until gametime. The last thing you want is to be locked into a bet when a quarterback is announced out at the last minute.

Continuity is going to play a huge part this season, especially in the early weeks. Five teams, the Cowboys, the Panthers, the Washington Football Team, the Giants, and the Browns all have new head coaches, and most of them have entirely new coordinators as well. Seventeen teams have changed at least one coordinator or coach and with minimal training camps and zero preseason games, some of these teams will be trying out new systems for the first time in a live game. Teams with their full coaching staffs intact from 2019, stand the best chance of showing consistency and predictable performance carried over from last season. Were not saying to not bet the Cowboys (more on them later), but just be prepared for some elements of surprise or unpredictability from teams with new coaches.

This is always a fun exercise before the season starts. Heading into 2020, there is going to be a few notable division battles that are getting a lot of betting attention. Lets take a look at our picks for division futures.

Lets kick this off with a bang. Last season the Packers cruised to a division win with a 13-3 record and coming within one game of making it to the Super Bowl. The Minnesota Vikings made the playoffs as a Wildcard team and upset the New Orleans Saints for the second year in a row. The Bears on the other hand regressed from their 2018 season where they won the division handily. Last season they had a difficult schedule and lost some key pieces on their defense to injury. This season, the defense is healthy with Akiem Hicks back on the defensive line alongside Khalil Mack and new addition Robert Quinn. Their schedule is surprisingly easy and they do not face a playoff team from last season until week eight. The final eight games are heavily divisional as well as games against the Texans and Jaguars. With a majority of the public on a Green Bay team that did nothing to improve its roster and a Minnesota team that actively depleted theirs, the Bears at +420 to win the division is mighty tempting.

This is merely a value pick over the San Francisco 49ers at +100. The Seahawks were a playoff team as well last season but couldnt get it done in Green Bay to get to the NFC Championship game against the 49ers. While neither team did a lot to improve their rosters, its probably because both teams are fairly stacked as it is. The Seahawks added safety Jamaal Adams but lost defensive end Jadeveon Clowney, or rather have not re-signed him. Without Clowney the pass rush is fairly anemic and the run-first offense can be fairly predictable until Russell Wilson is forced to bail out his team in the fourth quarter. The 49ers traded away Deforest Buckner to the Colts for a first round pick with which they drafted defensive tackle Javon Kinlaw out of South Carolina. Buckner was a massive part of the success of that defensive line so Kinlaw has some big shoes to fill. The 49ers also brought in Trent Williams via trade which should bolster an already solid offensive line, especially after the retirement of Joe Staley. The 49ers are the smart pick, but the Seahawks play the 49ers closely every game and with an easier schedule this season, the value at +210 is just too juicy.

There is a little bit of trouble in New Orleans with Alvin Kamara being absent from camp and Drew Brees finally showing signs of regression. The Bucs added Tom Brady in the offseason and while they could fall victim to a new quarterback in the system, if there is anyone you want in this situation, its Brady. The Buccaneers defense was no joke last season and should continue to improve under defensive coordinator Todd Bowles. Both Brees and Brady have taken a step back lately, although Brady could be re-invigorated with a change in scenery. The Bucs are hungry this year and as Brees goes so do the Saints. The last time we saw Brees, he was struggling against the Vikings in another playoff loss. The Saints at -130 dont offer much value, so if it truly is a tossup between the two franchises, take the Bucs at +160.

The only real competition in this division is the Philadelphia Eagles at +135. This may seem like a tossup to some, but the Cowboys roster is clearly superior. The Eagles have been ravaged by injuries, with Alshon Jeffrey on the pup-list, Jalen Reagor, Miles Sanders, and Carson Wentz all falling to injury during camp, and losing left tackle Andre Dillard for the season with a torn bicep. So the Eagles start the year with JJ Arciega-Whiteside, Greg Ward, and Desean Jackson at wide receiver. Not very inspiring. The defense should be good, adding Javon Hargrave to an already potent pass rush of Fletcher Cox, Brandon Graham, and Derek Barnett, as well as signing Nickell Robey-Coleman and trading for Darius Slay. But the Cowboys counter with their own solid defense adding Everson Griffen, Aldon Smith, and Dontari Poe to Demarcus Lawrence and Tyrone Crawford up front. The difference is going to be the Cowboys offense which looks to be nearly unstoppable, combined with a fairly easy schedule only facing four 2019 playoff teams this year. The Eagles could make it interesting, but the smart play and the only play is the Cowboys.

This is a no-brainer and really shouldnt be played in case something horrible does happen in Kansas City. This division is a one-horse race and the odds reflect that.

But, but, they trade Deandre Hopkins. Yes, Bill OBrien was ridiculed for the trade but they still have Deshaun Watson and he is the engine that makes the Texans run. David Johnson is not a nobody and he is determined to regain his reputation in the league. The Texans brought in Brandin Cooks and Randall Cobb to join Will Fuller to create a surprisingly speedy and deep wide receiver core. This may be crazy sure, but the Colts with Phillip Rivers may not be that much better than the Colts with Jacoby Brissett. The Titans are banking on Ryan Tannehill to have a second good season in the row, which seems unlikely, especially after the NFL now has tape on this one-dimensional offense. Take a shot with the Texans, because as usual this division is going to be a crapshoot.

This is all going to bank on Big Ben being back and healthy, which all indications are that he is. The Steelers return the best defense squad in the league from 2019, having led the NFL in pass rush efficiency and turnovers. T.J. Watt, Minkah Fitzpatrick, and Devin Bush lead a young and nasty group of defenders that will be chomping at the bit to get at Lamar Jackson this year. The offense is set with JuJu Smith-Schuster, Diontae Johnson, Chase Claypool, James Conner, and Eric Ebron at Bens disposal, perhaps giving him one of the deepest groups since the Antonio Brown and LeVeon Bell years. Are the Ravens good? Of course. Are they that much better than the Steelers? Absolutely not. The odds at +400 are incredible for a Steelers team that could challenge for the Super Bowl if everything falls into place.

Its so hard not taking the Patriots here but the losses of Hightower, Chung, and Cannon to the COVID-19 opt out list may be too great to overcome. Combined with a new quarterback in Cam Newton and a muddled backfield, and we may be looking at the weakest Patriots squad in decades. If Belichick can pull this off, he truly is the greatest coach of all time, but the Bills are younger, hungrier, and well-coached themselves. The Patriots may be the public pick, but the Bills should finally be able to overcome the Patriots stranglehold on this division.

2020 NFL schedule
The 2020 NFL season will be the 101st season of the National Football League . Pending developments in the ongoing ...